Doppel - Does it Relieve Stress?

Report of the Evidence, An Independent Academic Viewpoint 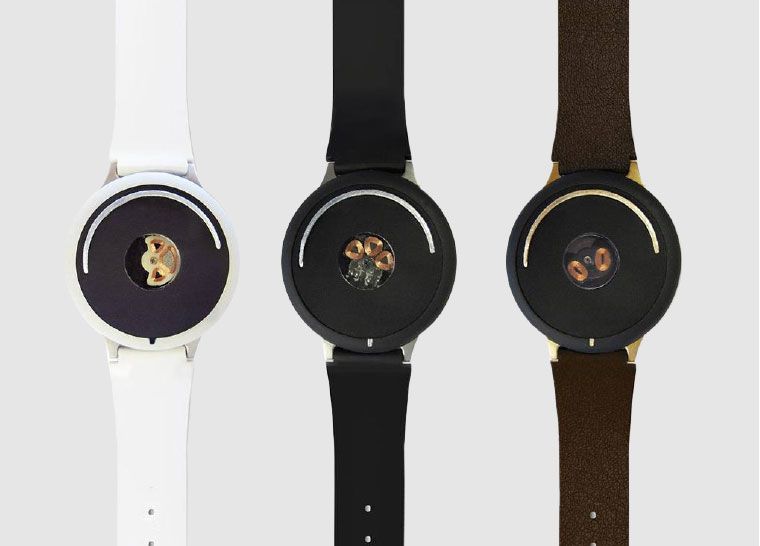 Faculty of Health and Wellbeing

DOPPEL is worn on the wrist and delivers a tactile stimulation similar to a heartbeat. The heartbeat is a physiological signal involved in emotional regulation and social interaction and because of the effects of slow and fast rhythms on mood, DOPPEL was designed to embed the bodies natural biological rhythm of a beating heart as a means of using the felt faster or slower rhythm to modulate levels of arousal or calmness.

Having reviewed the products website at www.feeldoppel.co.uk and promotional material, it is claimed the slower rhythms are calming and the faster rhythms help you feel focused. The following is a review of the science that supports the claims which has been informed by the examination of the product directly.

DOPPEL was developed by a company called Team Turquoise Ltd which includes a group of graduates of an Engineering degree at Imperial College London and the Royal College of Art. Prototyped in 2013 and developed over a 4 year period, it is now commercially available after a successful kickstarter campaign.

The products academic advisor is Professor Manos Tsakiris from the Department of Psychology at Royal Holloway, University of London who led a team to test the calming effect of DOPPEL in a paper published in Natures Scientific Reports. Azvedo et al (2017) measured physiological arousal and state anxiety during the anticipation of undertaking a public speech which is a task particularly effective at inducing social anxiety with concomitant increases in physiological arousal. All participants wore the device on their wrist during the anticipation of the public speech and were given a cover story that the DOPPEL was measuring blood pressure.

In one group, the device was turned on to deliver the vibration in the 'active' group. The DOPPEL was set to vibrate with a frequency ~20% slower than the participant’s resting heart rate, because previous research has shown that slower rhythms tend to be associated with low arousal and subjective states of calmness / serenity, sadness or boredom. In the other 'inactive' group the DOPPEL was not switched on.

Participants completed the he Brief Fear of Negative Evaluation questionnaire and

STAI-Y-1 to measure self-reported anxiety levels before the delivery of task instructions and after the task completion. Those in the active condition (n = 25) displayed lower increases in skin conductance responses (physiological arousal) relative to baseline and reported lower anxiety levels compared to the control group (n = 27). Therefore, the auxiliary slow heartbeat delivered through DOPPEL had a significant calming effect on physiological arousal and subjective experience during a socially stressful situation. None of the participants expressed any suspicion about the purpose of the device at any point throughout the entire duration of the study.

Research shows that humans respond to and possibly entrain to different rhythms. Entrainment is a broadly used term that, in the context of human behaviour and physiology, reflects the voluntary or involuntary synchronization of our brains and bodies to the environment (Ross and Balasubramaniam, 2014). The physiological importance of faster and slower heart rate as well as of high and low heart rate variability for physical and mental health is well-documented, as well as their role for experienced arousal and cognitive processing in general. High arousal is physiologically correlated with increased heart rate, and calmness with lower heart rate. We intuitively associate higher and lower heart rate with anxiety and calmness, respectively.

The DOPPEL is worn with the metal base touching the inside of the wrist and looks like and is similar in size and weight to a wrist watch. Initially you have to adjust the strap using a popper which is very small. This took a few attempts to get the placement right and I dropped it at one point. The instruction book reassures you that there is a spare, but I envisage losing a few over time. The device needs to be charged by placing on the port for 2 hours before first use. Once complete you download the app 'Doppel set your pace' (for iOS) and follow the set up sequence.

You need an email address to receive then input an activation code. You then measure your resting heart rate in which you are directed to use your phones camera sensor.  The DOPPEL is then paired by placing it in the charger port if this is to hand or by tapping the unit in a set sequence. I used the port method but both appear straight forward.

Initially I tried all of the pre settings and you can observe the change in bpm if you look directly at the unit and you can easily feel the change in intensity. The app has a feature where you can create, save and synchronise your own rhythms. Since the product claims to help with arousal and relaxation I created a rhythm that was the highest intensity and highest bpm first thing in the morning to get me going. This worked in a matter of minutes and I continued use whilst undertaking my 30 minute walk to work. After a long stressful day at work I sat down and set up a rhythm of a lower intensity at a slower bpm.  This also had a fast acting effect, acting like a cue to relax. I wore the unit for at least an hour whilst doing some reading and forgot I was wearing it. This is a good thing!

DOPPEL can be used on the go anywhere albeit clarification is needed if it is waterproof which I could not identify in the product manual. When in use you would not attract attention as it does look like a watch and you don't need your phone for it to work.

Beyond reducing anxiety before public speaking, there are numerous testimonials on the products website where sports performers have commented use calms their nerves before and during competition and people with conditions such as attention deficit disorder have commented the product helps reduce anxiety.

Whilst I personally experienced the most benefit from the highest intensity and bpm settings, after searching there does not appear to be any specific scientific literature examining the efficacy of the DOPPEL for increasing attention or arousal. Nor have the underlying neurophysiological mechanism by which the DOPPEL exerts its effects been tested. It is suggested that the calming effect may be mediated by neural responses to the rhythmic tactile input that the device delivers, especially neural responses in areas that are involved in somatosensation and interoception such as the somatosensory cortex and the insula and in emotion and rhythm processing such as the basal ganglia. There is a clear need for further enquiry.

Rather than measuring physiological variables, the DOPPEL provides a sensory experience to help people manage the pressures of time and stress in their daily lives by modulating the users’ physiological and potentially emotional and cognitive states. Users have been termed ‘dopplegangers’ in the web based community. To become a ‘doppleganger’ and for more information visit the product website at www.feeldoppel.co.uk

The Lab - in depth

The Lab is the heartbeat of Well Professor, where we do all the hard work so you don't have to. Sign up to the LAB and be sure you always stay one step ahead.

Review completed and approved for use by Sheffield Hallam University

Well Professor writes about products and services to help you navigate when shopping online. We may receive a commission from some of our affiliate partners when you buy through our links, but our reporting and recommendations are always independent and objective. 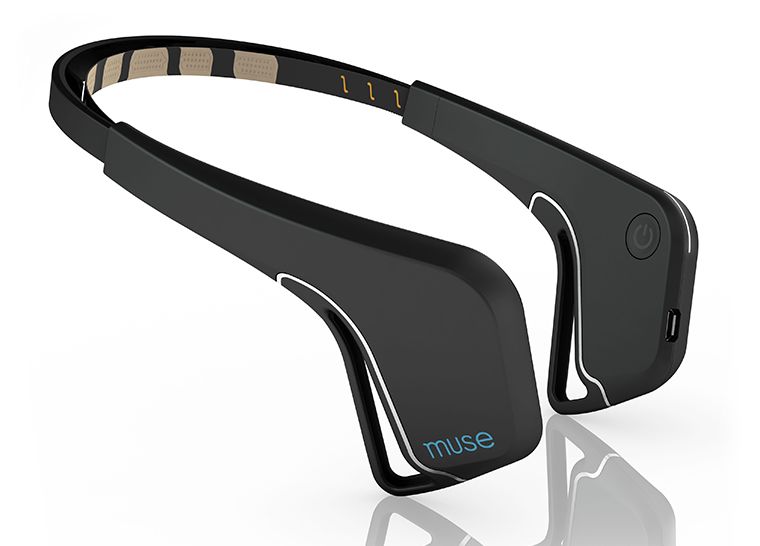 Free your mind, calm your thoughts and meditate like a pro with Muse 2. 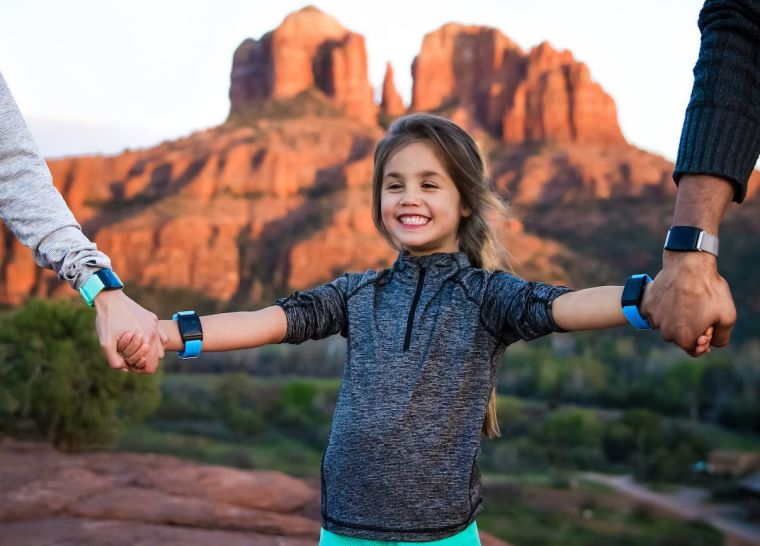 No More Fear with Touchpoints 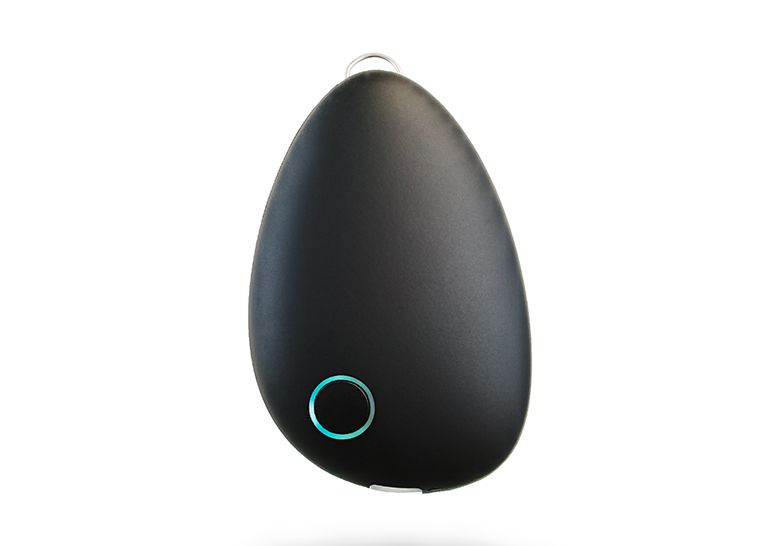 Effortlessly unlock the ancient art of meditation with Sensate, for a lifetime of calm.

This site uses cookies. By continuing to browse this site you are agreeing to our use of cookies. Find out more here.